My past life — working in the Central Bank (in shoulder pads) 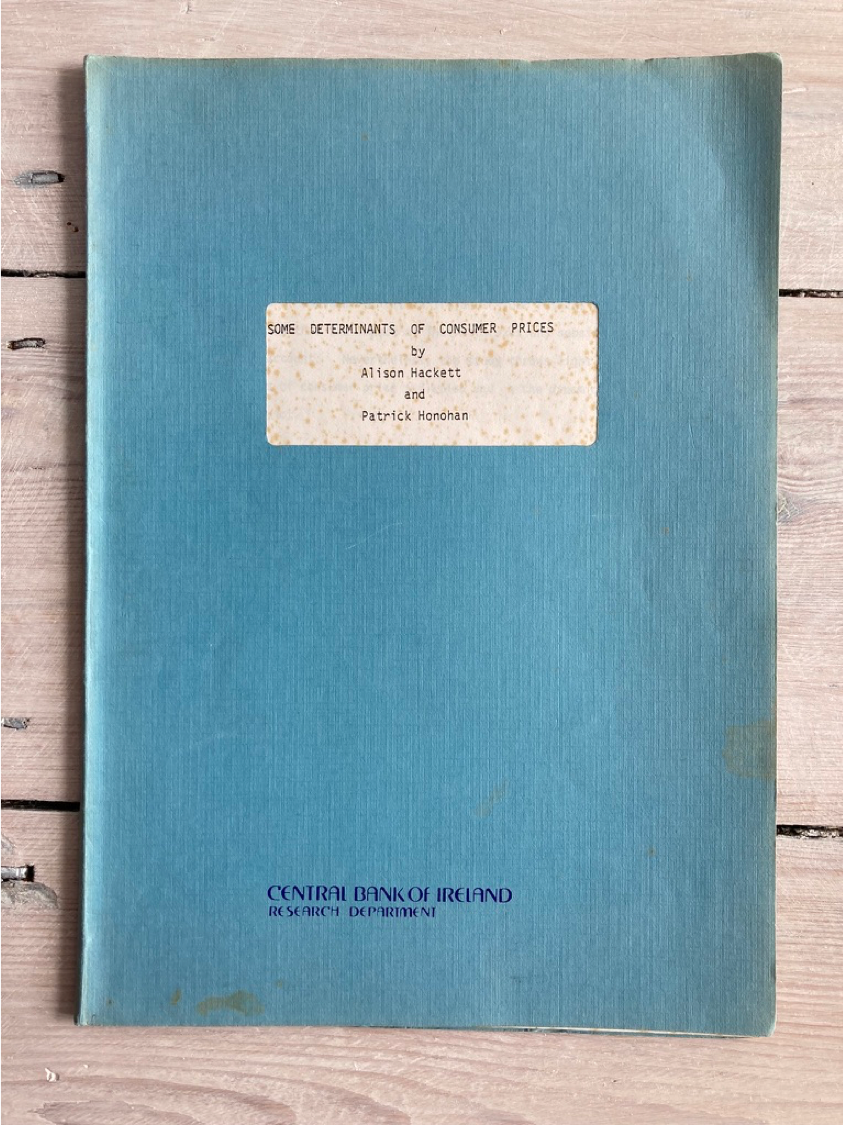 Back in the early eighties (shoulder pads, unsure, skinny) while I was an undergrad at Trinity College Dublin studying Maths & Economics I managed to get myself a summer job as researcher in the Central Bank of Ireland on Dame street; my bosses were the now very well known Patrick Honohan (Governor of the Central Bank of Ireland 2009-2015) and economist John FitzGerald.

At the time I had one decent party frock which could pass as ‘work-like’. Wore it to work most days (pink, floral, post-Laura-Ashley vibe).

After I had finished and returned to college this internal Central Bank paper was published based on the work I had done. The generosity of making me the lead author (I did the grunt work, not the writing) still resonates almost thirty one years later. Thank you Patrick 🙏

It’s my one and only academic paper and the ONLY thing I’ve kept from all those notes and tutorials and essays churned out in TCD as a student. LOVING the mottled, aged, pre-computer look of it.

And the moral is… you can and will change your career over your lifetime. I went from graduate to teacher to mother to writer to poet to publisher. Who knows what’s next…. slowly onward and upward. 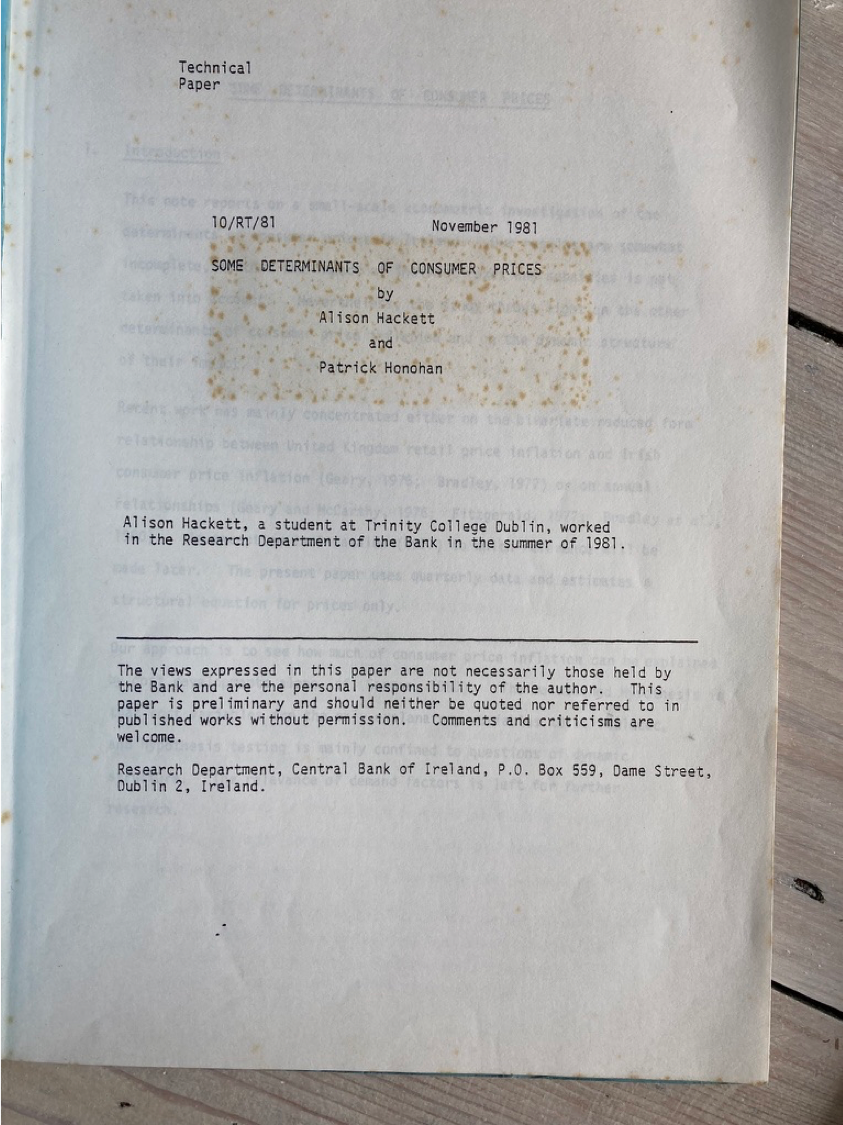