The Visual Time Traveller reaches the Jesuitical age of seven 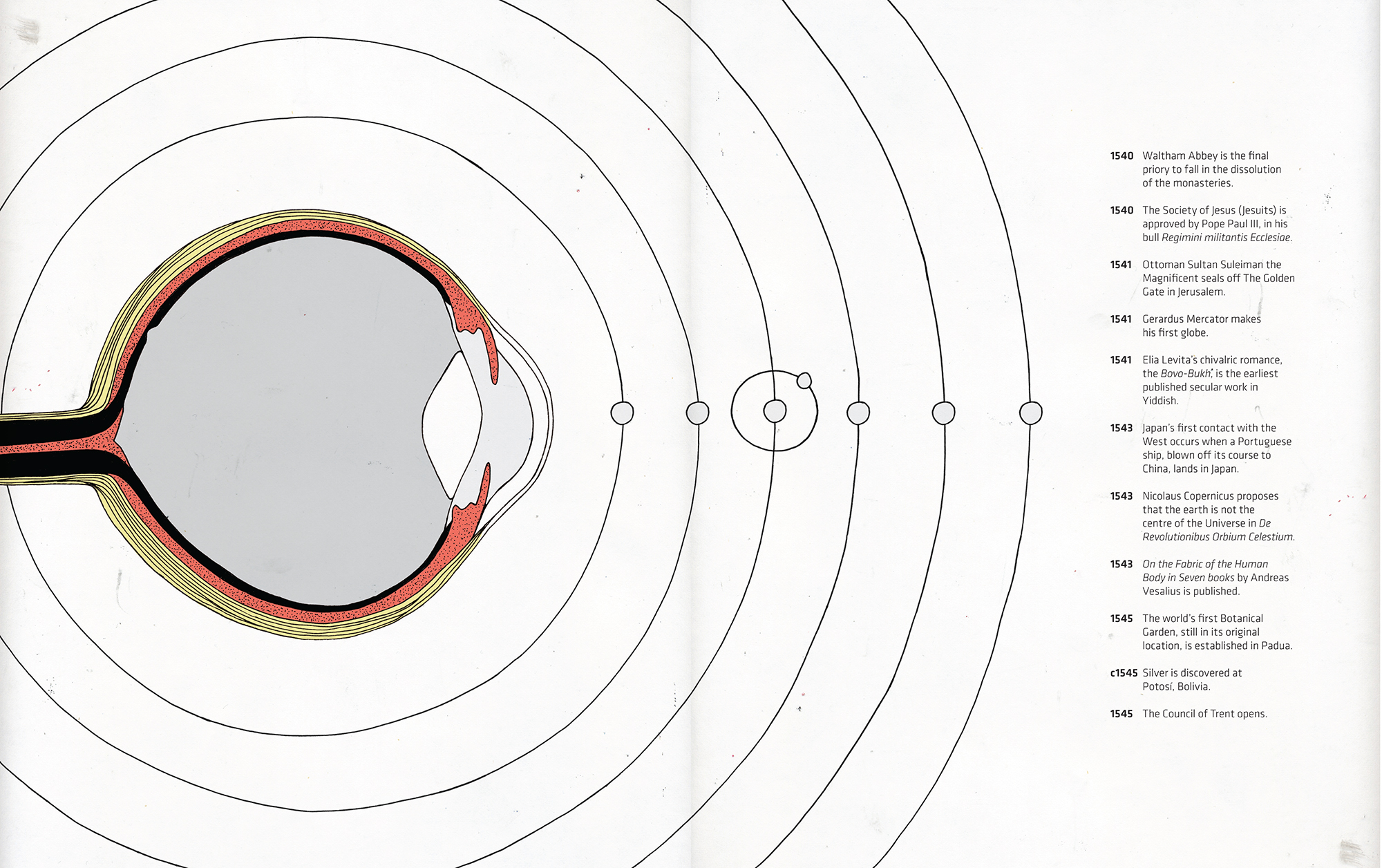 We writers have one drug of choice: getting published. So you’ll understand the hit I got last week seeing my concrete poem, Copernicus, published in Crossways Literary Magazine. This one fell into a natural planetary shape not too long after the words had been written — a form of words I have uttered just about every time I present The Visual Time Traveller talk. The poem is related to the design for 1535 – 1540, a time when both Copernicus and Andreas Vesalius, an anatomist, published their seminal works.

I remember when I was explaining to the designers about the difference between the Heliocentric model and the Geocentric one which the church insisted was true (the Earth being at the centre of the universe); how Copernicus was a naked eye astronomer not using lenses. The powerful lenses Galileo built to observe the moons of Jupiter (disproving Geo-centrism) were not in use until the beginning of the seventeenth century.

The designers picked up on the fact that Vesalius had been performing dissections to understand human anatomy and thus they captured two concepts — planetary orbits and an anatomical cross section of the eye — in one illustration; perhaps not realising the powerful effect they had illustrated of the eye being at the centre of the planetary orbit — that is, not Geocentric but Egocentric — thus my thoughts of individuality and existentialism when I first saw it. We are all at the centre of our own universe. It feels as if the world revolves around us; as if the sun sets, leaves us rather than us rolling away from it; as if Helios, the sun god, rises the next morning rather than we had rolled on around to face him, once again.

This sort of intelligent design floods the book — a profound visual literacy. Not only did the design team realise the vision I had for a hundred designs representing 500 years of history, they elevated it to a far greater place, created a new art form. This is my fourth baby, born in an art gallery on the 6th December in 2013, now at the Jesuitical age of seven-and-a-half.

“Give me a child till he is seven years old” said St Ignatius Loyola, “and I will show you the man.”

The Visual Time Traveller is coming of age, becoming a man. Or, perhaps I should say (keeping it firmly in the twenty-first century) a woman. 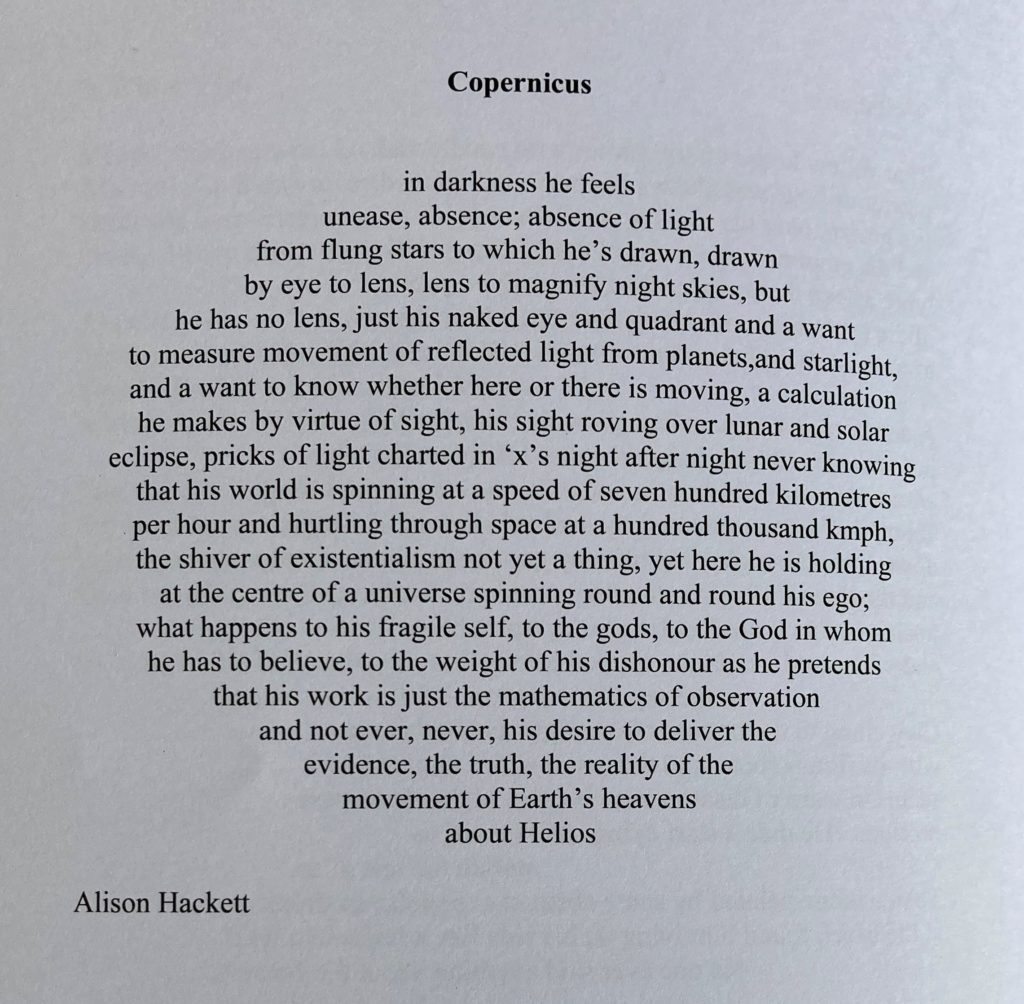